Most people will have heard of Tourette’s syndrome from films and TV. The media tends to show the most severe symptoms, such as uncontrolled swearing or tics that cause injuries, which can be worrying for families when a child or young person is newly diagnosed with tics. Thankfully these severe symptoms are very rare.

Tics are sudden, rapid and repeated body movements or sounds that serve no purpose and are involuntary (children and young people are not doing them by choice).

The movements – called motor tics - can affect anywhere in the body although most typically affect the head and neck. Common examples of motor tics include rapid blinking, twitches in the neck and nose wrinkling. The sounds – called vocal tics – commonly involve sniffing, tutting or throat clearing noises.

Tics can be simple – involving just one muscle or making a noise - like the examples above. Tics can also be complex - lots of muscles moving together or spoken words – for example jumping on the spot or repeating words. Some tics can be hard to distinguish from normal movements whereas others can be very noticeable to other people.

Although tics vary from person to person, they often share certain traits.

Tics often occur more frequently in predictable settings or situations. Some children will have lots of tics when watching TV or playing video games, others will experience more tics at home than school. Although these situations are different from child to child most families can pick out the context in which their child is most likely to tic.

Children and young people often get a ‘premonitory urge’, an odd or unpleasant sensation, that builds up until the child tics which relieves the sensation. Some children describe this as a sense of pressure, or like the feeling then get if they need to cough or scratch an itch. Other children find it very difficult to describe.

Although Tics are involuntary in the sense that people do not choose to do them, they often are able to suppress or ‘hold in’ a tic if they feel they need to. This does not stop the urge building up and people often find it hard to supress a tic for extended periods of time. 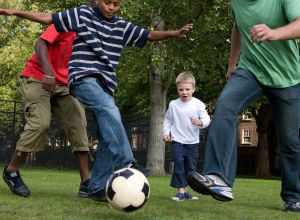 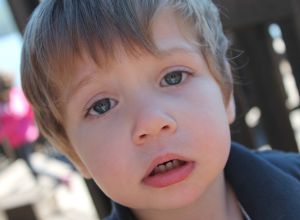 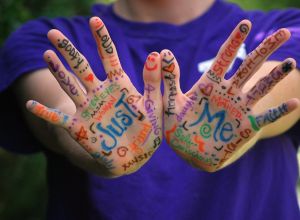 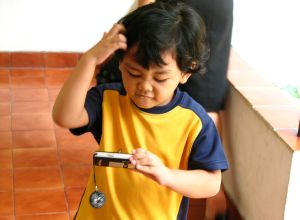 Does my child have Tourette’s syndrome?

Tourette’s syndrome is just one of several names doctors use to describe a child or young person’s pattern of tics. Although doctors use different labels, they think that tic disorders represent points on a spectrum, and all share the same underlying cause. The diagnosis doctors make is based on the type of tics a person has and  how long they have had them for.

Why does my child have tics?

The underlying cause for tics is not yet fully understood. Some studies suggest this is due to how the brain forms circuits across its different parts and some suggest it is to do with the chemicals the brain uses to send signals. More evidence is needed before we can be sure.

A child’s genetics play a role. Around half of children who develop tics will have a close relative who also had tics. However, having tics does not mean you will pass this on to your child and around half of all children with tics do not have anyone in the family who has it.

It has been considered whether infections with Group A strep could cause Tics. A recent large study from across Europe found no evidence that this was the case in tic disorders like Tourette’s syndrome.

Is Tourette’s syndrome linked to any other conditions? 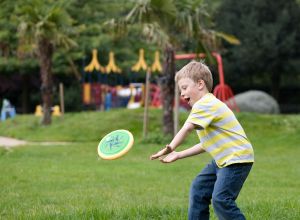 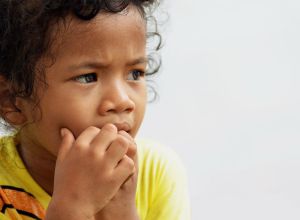 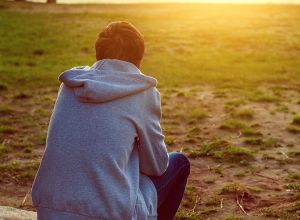 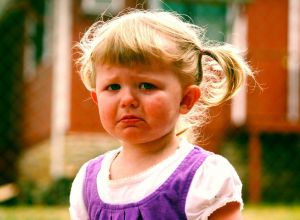 How is Tourette’s diagnosed?

There is no blood test or brain scan available to diagnose Tourette’s syndrome. A doctor will need to ask all about the movements and noises that your child makes, ask questions to help them rule out other causes of unusual movements, and examine your child in order to make a diagnosis of a Tic disorder.

If you can catch a video of any concerning movements or noises this can be helpful for doctors when making a diagnosis but do not worry if this is not possible.

Will my child’s symptoms change?

Tics are very common in childhood. It is thought that up to 1 in 5 children may develop tics that settle down again very quickly at some point in their early life.

If a child has had Tics for over a year it is likely they will continue to have tics into adolescence.

It is typical for children and young people to have periods where they have lots of tics (waxing) and then settle to having fewer (waning). These ups and downs may be triggered by periods of excitement (Christmas, summer holidays) or stress (exams), illness, or changes to routine but there is not always an obvious cause.

In most people with Tourette’s syndrome tics start at around 3 to 7 years of age and are typically less severe at first. Tics can become more bothersome and complex as children reach the top end of primary school/ early secondary school. Typically, symptoms then tend to improve as teenagers get older with 4 out of 5 seeing a significant improvement in their tics by the time they reach adulthood. Many people grow out of their tics entirely.

Is there any treatment?

Many children and young people with tics will feel that they are able to manage with them without needing specific medical treatments. It is important they are helped to understand their condition and feel supported at home and at school. Your child may find it helpful to have their teacher explain about the condition to the class.

Specific treatments would be considered if tics are having a significant impact on a child or young person’s daily life or emotional wellbeing.

There are medications that can be helpful in reducing the number of tics a child has although most people find they do not stop them entirely. These medications are often started by a specialist doctor and require monitoring. Medication can be used for periods when symptoms are disruptive and then stopped again when things improve.

Psychological therapies (talking therapies) can help a child or young person manage their tics or the emotional impact they have. They can also help in Identifying and managing triggers that influence their symptoms, which can lead to a reduction in tics.

Where can I get help?